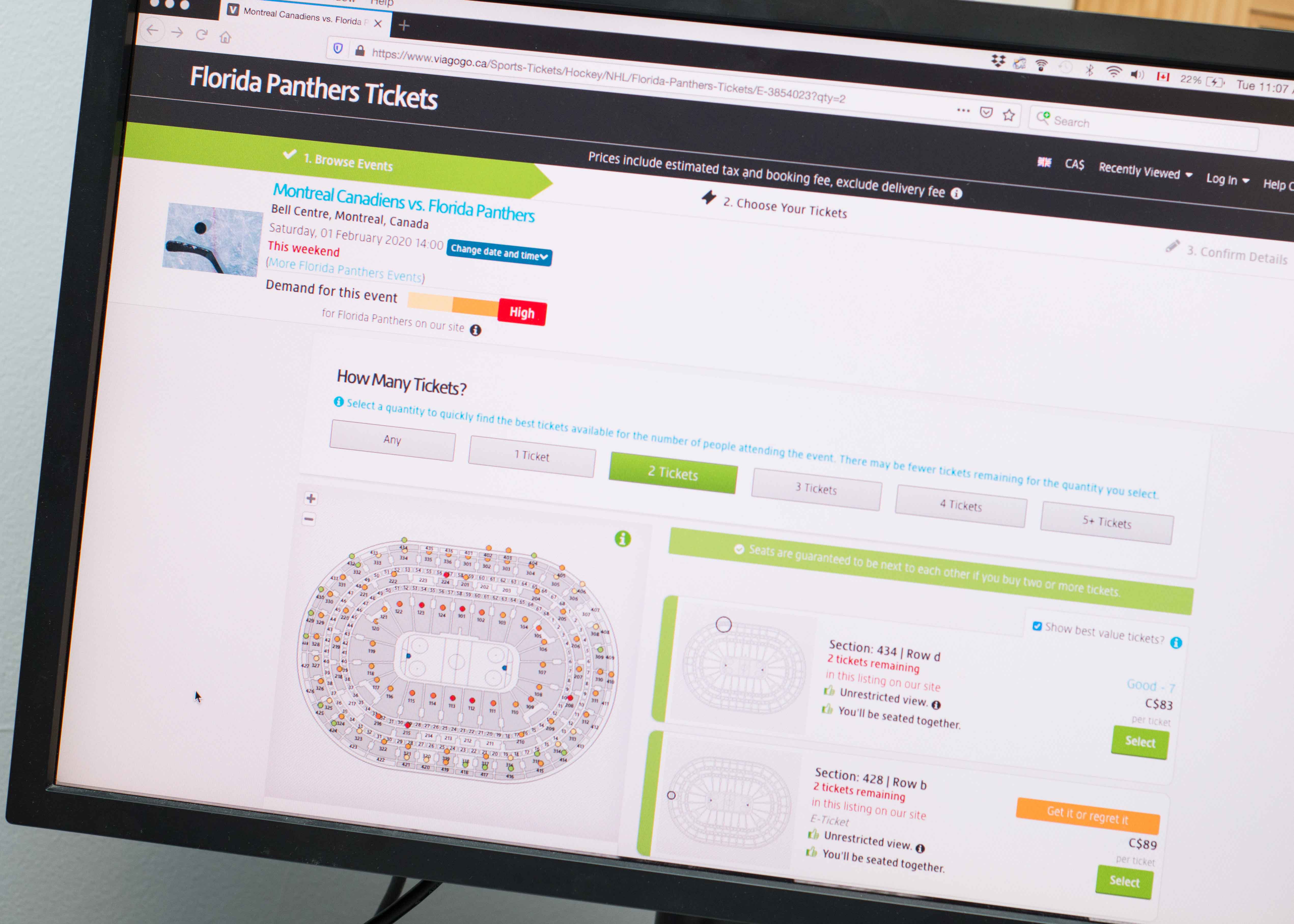 Several companies that were initially named as Defendants have agreed to a settlement that resolves the class action insofar as it concerns them. These companies include StubHub, Vivid Seats, Ticketnetwork, FanXchange, SeatGeek, Ticketmaster and TNOW. This class action is ongoing against Viagogo AG. For information about the settlements reached in this file, please visit the “Settlements” section of this website or click on the links below:

Plaintiff alleged that a number of online ticket sales companies violated paragraph c of section 224 of Quebec’s Consumer Protection Act by charging a higher price than that advertised for their tickets (by way of hidden fees, which are added on to the ticket price after the first step of the purchase process). Plaintiff further alleged that these companies unlawfully sold tickets to consumers above face value, in violation of section 236.1 of Quebec’s Consumer Protection Act. All of the Defendants have agreed to settle this class action and modify the way they display tickets online to Quebec consumers. VIAGOGO AG is the only Defendant remaining who did not change its practice and did not participate in the settlements. The Superior Court of Quebec authorized the class action against VIAGOGO AG on January 22, 2020.

Every consumer, pursuant to the terms of Québec’s Consumer Protection Act (“CPA”), residing in Québec at the time of purchase, who since June 23rd, 2013 (the “Class Period”), while physically located in Québec, has purchased from Viagogo’s desktop website or mobile application at least one “Ticket” (as defined in s.(1d.1) CPA as meaning any document or instrument that, on presentation, grants the ticket holder admission to a show, sporting event, cultural event, exhibition or any other kind of entertainment) either :

a) at a price above that announced by the vendor authorized to sell the Tickets by the producer of the event; and/or,

b) who paid a price higher than the price advertised by Viagogo on its website and/or mobile application (at the first step), excluding the Québec sales tax or the Goods and Services Tax.

This class action is claiming compensatory and punitive damages from Viagogo in amounts to be determined.

The Superior Court of Quebec authorized this class action against VIAGOGO AG on January 22, 2020.

RazorGator Inc., a California corporation, was initially named as one of the Defendants in this class action. On February 27, 2018, RazorGator, Inc. made a General Assignment for the Benefit of Creditors to RG (assignment for the benefit of creditors), LLC, a California limited liability company, pursuant to the California Code of Civil Procedure, Chapter 13 (Effect of Bankruptcy Proceedings and General Assignments for the Benefit of Creditors [493.010. – 493.060.]). In these circumstances, the Plaintiff discontinued the action in favour of RazorGator Inc. on February 5, 2020. A copy of the judgment authorizing the discontinuance is accessible below.

Judgment authorizing a Discontinuance in favour of RazorGator Inc. – February 5, 2020